we will do it together

Marriage And Adjustment Of Status

When a U.S. citizen decides to marry a foreign-born person who is present in the U.S., then that person may be eligible to adjust status and obtain legal permanent resident status if:

Assuming that the foreign spouse is eligible to adjust, then a “one-step” process can be used, where the I-130 and I-485 can be filed together, and sent to the USCIS National Benefits Center. At the time of filing, work and travel documents can also be applied for, assuming the applicant is eligible. The applicant will eventually receive a notice for fingerprinting (biometric appointment) and then later an interview notice. 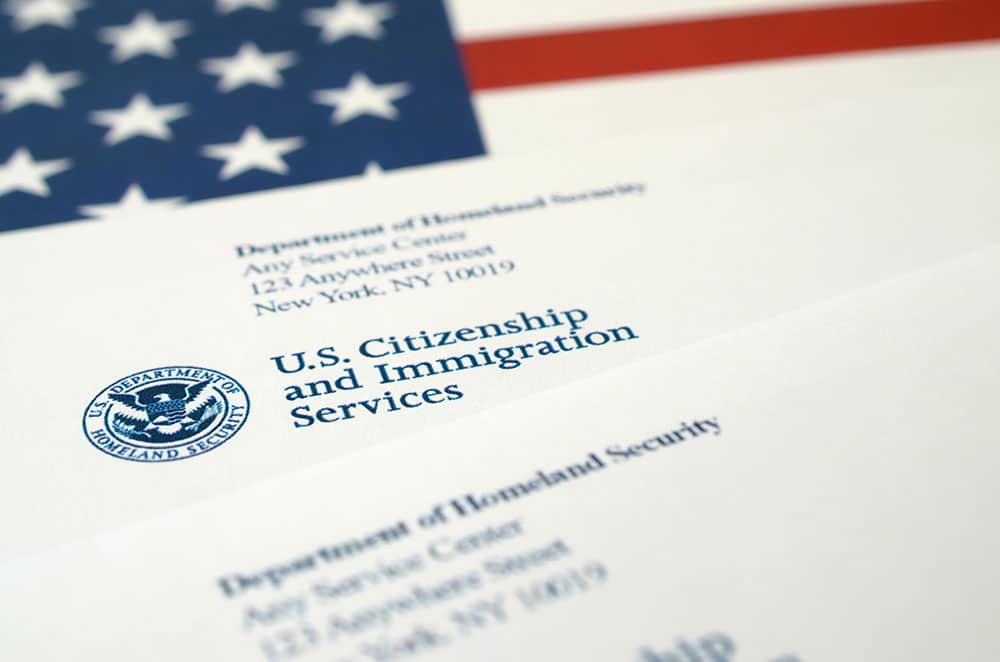 A personal interview, with both spouses, will be conducted at the local USCIS office. Assuming that all necessary documents have been presented, the application will be approved, and the status of conditional resident (CR) will be granted.

When the parties have been married for less than two years, the green card is approved for only a conditional, two-year period. Three months before the end of this period of time, the CIR should file form I-751 to remove conditions, and then a permanent (valid for 10 years) card will be issued.

The period of time spent in both CR and LPR status does count towards the requirements for naturalization.

The final rule, published on Aug. 14, 2019, and originally scheduled to go into effect on Oct. 15, 2019, prescribes how the DHS will determine whether an alien is granted a visa to enter the United States or whether a noncitizen can adjust to lawful permanent residence in the U.S. “Public charge” means likely to become dependent on government assistance under section 212(1)(4) of the Immigration and Nationality Act. USCIS will now apply the final rule to all applications and petitions postmarked (or submitted electronically) on or after Feb. 24, 2020.

Public charge is now defined as an individual receiving one or more public benefits for a period of 12 months during a 36-month period. Receipt of two benefits in one month will count as two in the 12-month requirement. Previously, public charge was defined as “primarily dependent on the government for subsistence by either the receipt of public cash assistance for income maintenance or institutionalization for long-term care at government expense.”

Exempted populations not subject to this rule include: refugees; asylees; survivors of domestic violence; individuals who have or are applying for U or T visas (victims of certain crimes and trafficking survivors); Afghans and Iraqis with special immigrant visas; children seeking Special Immigrant Juvenile status; and active duty service members.

Lawful permanent residents applying for citizenship are also not subject to the public charge test.

DHS will consider 15 factors for a public charge determination, including age, health, resources, financial status, education and skills. DHS estimates that 382,600 green card applications a year would be subject to the new public charge test and an additional 517,500 visa applications.

On July 29, 2020, the U.S. District Court for the Southern District of New York in State of New York (SDNY), et al. v. DHS, et al. and Make the Road NY et al. v. Cuccinelli, et al. enjoined the Department of Homeland Security from enforcing, applying, implementing, or treating as effective the Inadmissibility on Public Charge Grounds Final Rule (84 FR 41292, Aug. 14, 2019, final rule; as amended by 84 FR 52357, Oct. 2, 2019, final rule correction) for any period during which there is a declared national health emergency in response to the COVID-19 outbreak.

On August 12, 2020, the Second Circuit Court of Appeals limited a lower court nationwide injunction on the DHS public charge rule; the rule is now barred only in Vermont, Connecticut, and New York. Read AILA’s Practice Alert on the impact of the recent court decisions on the DHS and DOS public charge rules.

A continued legal battle is expected related to the Public Charge Rule.

Naturalization is the term used for the process by which a person who was not born in the United States and did not acquire citizenship by birth nevertheless becomes a United States citizen.

Do Grandparents Have Rights to Seek Visitation with their Grandchildren?

What Is a Final Decree of Divorce?